This post was originally published on a prior version of my blog on January 2, 2019. I have made minor stylistic revisions only. 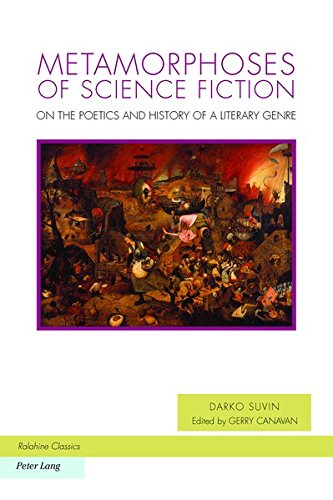 My interest in the literary theory surrounding science fiction (SF) goes back years. When I first started exploring it, it became overwhelmingly apparent after only a cursory survey that one writer had powerfully influenced all subsequent work in the field. His name is Darko Suvin, and he is best known for a book first published in 1979, Metamorphoses of Science Fiction.

At the heart of Metamorphoses is the question of what SF is. The answer to this question may seem obvious at first blush. One is tempted to think, “If I walk into a bookstore, I go to the science fiction section, and that’s where I know the science fiction is. Everything there will be science fiction, and everything else will be something other than science fiction, right?” You might be able to do just that, but remember that books are shelved at bookstores and libraries according to the genre designation assigned by their publishers. Is SF, then, whatever the publishing companies of the world decide it to be? Or, is there some measure one can apply to determine whether or not a story is SF, even in isolation of any publishing company, bookstore, literature department, or other institution? Is there a definition of SF that doesn’t ultimately come down to an arbitrary choice made by a person who wants a work to have a particular label attached to it?

In 1979, Darko Suvin was the first to attempt such a definition, and the definition he outlined in Metamorphoses has shaped the discussion of what SF is in literary scholarship ever since. The crux of his definition is the phrase “cognitive estrangement.” In essence, Suvin argues that an SF text must pose world configurations or human relationships substantially altered from those of the ones we see around us in our everyday lives. These could be new technologies, aliens, mutations, altered social dynamics, a different history—any difference that causes the reader to feel that the story “estranges” them from their everyday reality. However, mere estrangement is not enough. The differences in the world of the story should not be random or merely interesting, but rather, they should cause the reader to see something about their real world that they weren’t aware of before. That is the “cognition” part, and Suvin is adamant that the two elements, both cognition and estrangement, must interact in order for a work to be considered SF. Some researchers found this to be problematic, but that’s a big discussion, so I’ll save that exploration for a later post.

The manifestation of cognitive estrangement within an SF story, for example, the androgens of Ursula K Le Guin’s The Left Hand of Darkness, or the flooded, tropical London of J.G. Ballard’s The Drowned World, Suvin called a story’s “novum.” SF stories can have many nova (China Miéville’s novels provide a panoply of examples), but for Suvin a good SF story only needs one.

Implications for My SF Critical Review

Yesterday, I announced that I will be writing a critical review of the science fiction genre. The review will have two major parts. The first will be a trio of essays about science fiction. The second, much longer part, will be biographies of the twelve authors I consider most important to SF over the last two centuries, and reviews of their major works.

The first of the three essays is titled “What is Science Fiction?” My goal for the essay is to review Suvin’s work, the work of his supporters and his critics, and then to formulate my own position. At the time of this writing, I find cognitive estrangement to be an enormously useful tool for analyzing SF stories’ merits and demerits. However, I am open to alternative definitional schemata, should they prove superior.

The Second Edition and Metaphor

When I first tried to get my hands on a copy of Metamorphoses of Science Fiction, it was out of print. I did manage to snag a first edition, which I still have today. Fortunately, Peter Lang Publishing has put out a Second Edition with additional material a few years ago, and so the work is now much more readily available.

Today, I re-read the introduction by Gerry Canavan and Darko Suvin’s second edition introduction. I initially read these a few years back when the second edition was first released. The second edition also contains additional essays by Darko Suvin, which I had never gotten around to reading. I read the first of those, “Science Fiction, Metaphor, Parable, and Chronotope,” in which Suvin draws connections between metaphor analysis and his conception of the novum. Both, he argues, are vehicles for cognitive estrangement. Even more interesting was the section describing how good stories (and not just SFF stories!) can be interpreted as sequences of interlocking metaphors.

There are two more essays in the back of the second edition, which I’ll be reading tomorrow.

As always happens when reading scholarly works, the bibliographies and footnotes provide a number of vectors for further study. Here’s a summary of where I’ll be heading after I’ve finished Metamorphoses. 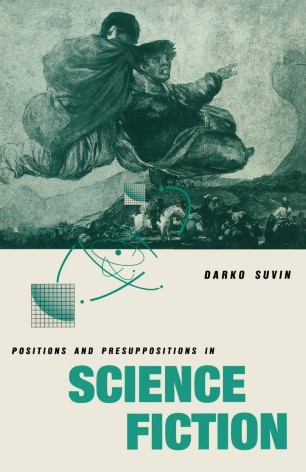 Positions and Presuppositions in Science Fiction, by Darko Suvin. Canavan cited this work by Suvin as containing a formulation of Suvin’s reponse to critics of his theory of cognitive estrangement. Seems like a good place to start hunting for references to dissenting voices. 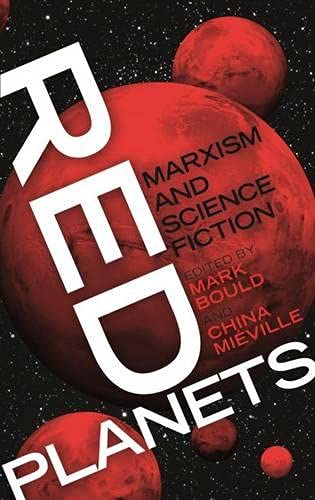 Red Planets, edited by Mark Bould and China Miéville. Canavan also quoted an essay at the back of this book by Miéville called “Cognition as Ideology: Dialectic as SF Theory.” It seems Miéville recommends a reformulation of cognitive estrangement along somewhat different lines. Clearly worth a look. 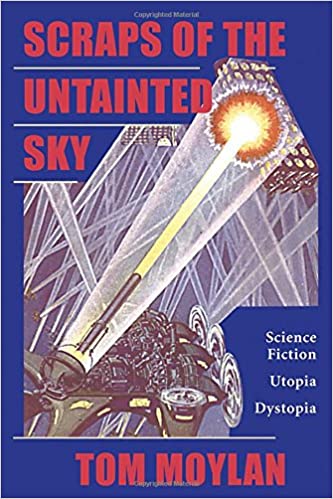 Scraps of the Untainted Sky, by Tom Moylan. Canavan cited chapter two of this book, published in 2000, as containing an analysis of Metamorphoses in the context of the time it was written. 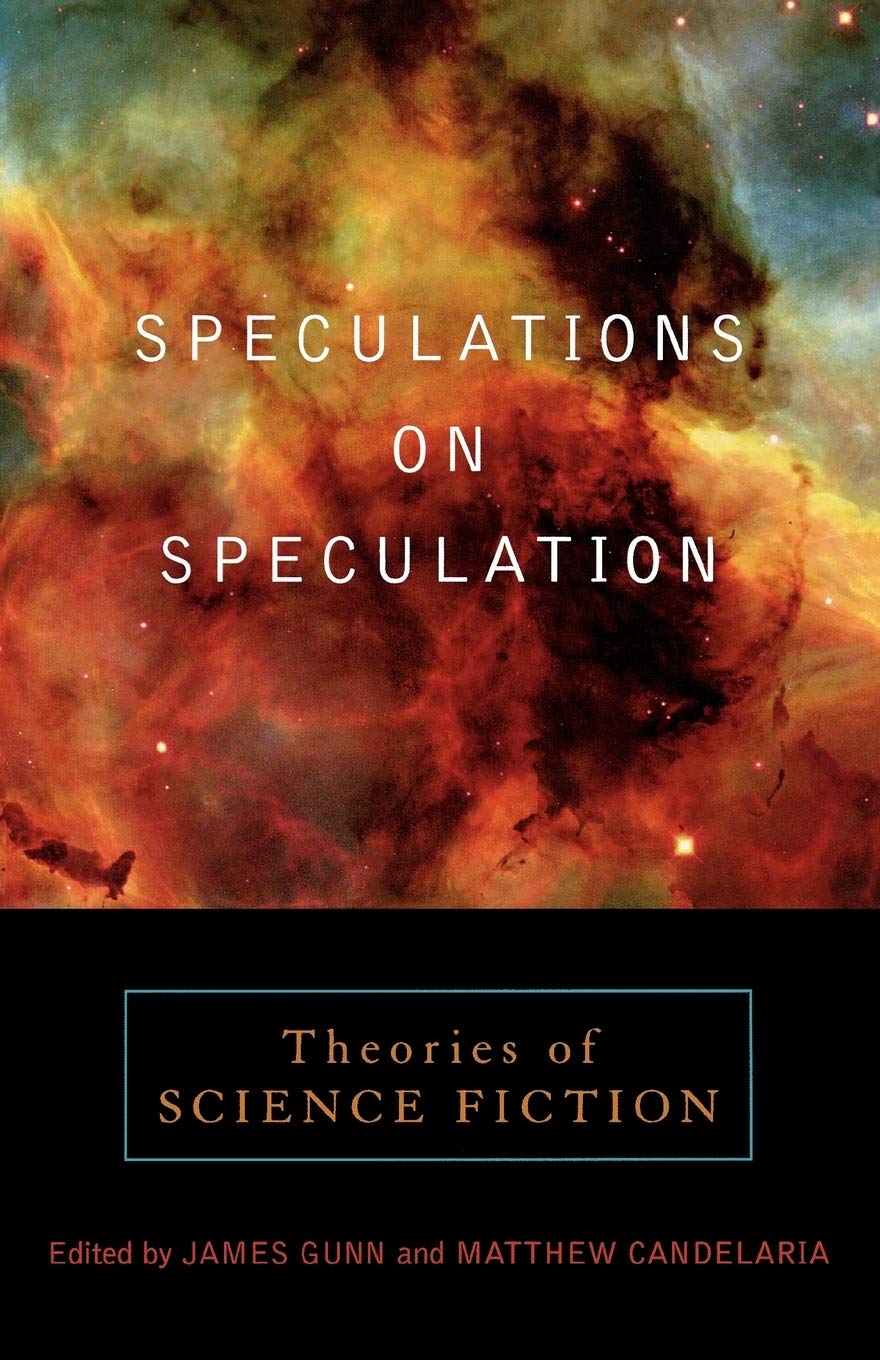 Speculations on Speculation, edited by James Gunn and Matthew Candelaria. Canavan cited an article from this collection in order to make a point about terminology (the shift from “science fiction” to “SF”). That particular topic isn’t terribly relevant to the thesis of the essay I’m developing for my book, but Speculations could turn out to contain other useful insights.
And last but not least, I ran into citations of two articles from Science Fiction Studies that are worth following up. The first is “Surveying the Battlefield” by Ursula K Le Guin. The second is “The Absent Paradigm” by Marc Angenot. Both are available freely online.
Categories:
Genre SF Studies Literary Analysis
Tags:
Genre Studies