A Historical Definition of SF

This post was originally published on a prior version of my blog on January 6, 2019. I have made minor stylistic revisions only.

Adam Roberts and the History of SF 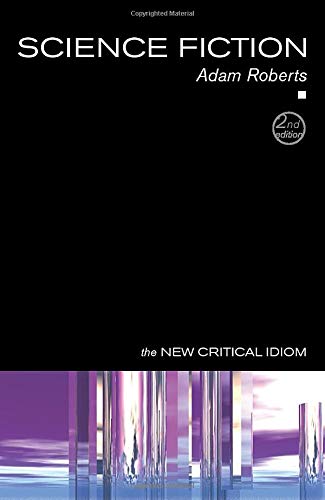 I’ve spent the last few days with two books by Adam Roberts. The first was the New Critical Idiom handbook Science Fiction, and the second The History of Science Fiction, part of Palgrave Macmillian’s “Histories of Literature” series.

Naturally, in order to proceed with a history of SF, one must first define it, and so Roberts begins each book with a chapter that lays out common definitions, as well as his own. His definition, unsurprisingly, is rooted in an understanding of the genre’s history. 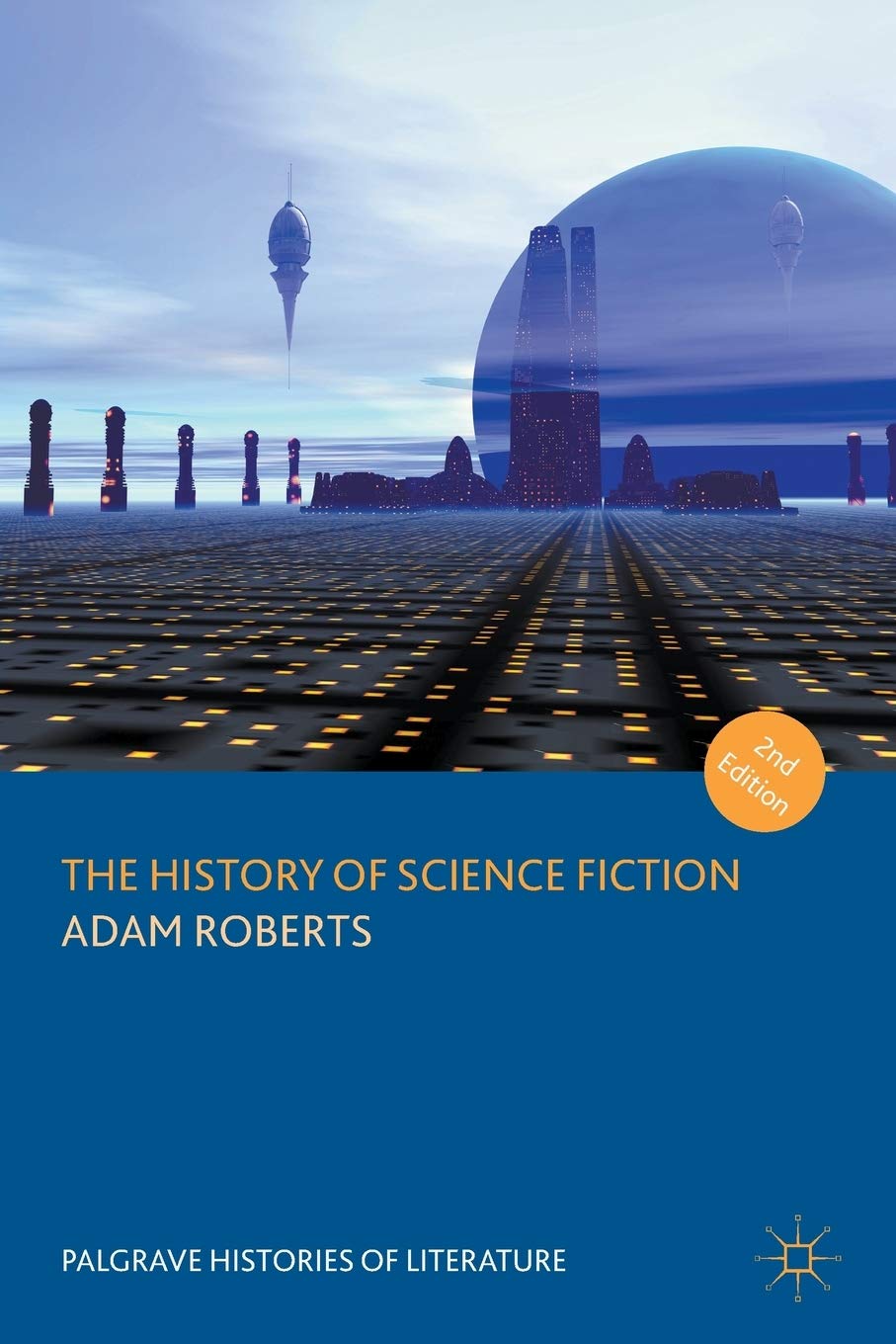 When did SF properly begin as a genre? Most fans today would probably agree with one of two common answers to that question. The answer most common in academic circles was articulated by Brian Aldiss, who considers Mary Shelley’s Frankenstein to be the first SF novel. Thus, according to Aldiss, SF begins in 1818. However, another conception of the SF has the genre beginning in the twentieth century. That position is rooted in the fact that Hugo Gernsbeck coined the term “science fiction” in 1926.

Roberts poses an entirely different origin altogether: “SF [is] a specific and, as it happens, dominant, version of fantastic (rather than realist) literature; texts that adduce qualia that are not to be found in the real world in order to reflect certain effects back upon that world. The specificity of this fantasy is determined by the cultural and historical circumstances of the genre’s birth: the Protestant Reformation, and an attendant cultural dialectic between Protestant rationalist post-Copernican science on the one hand, and Catholic theology, magic, and mysticism on the other.” (The History of Science Fiction, 3)

According to Roberts, SF arrives at the moment when scientific rationality becomes powerful enough to come into conflict with older traditions, roughly the late sixteenth century. SF arose in response to the need to explore the changing ideological landscape of the world via literary art. His definition encompasses both science fiction and fantasy. The technologist and engineering-oriented strand of SF is a result of the Protestant ideological influence, and the fantastic strand a result of the Catholic influence.

However, science proves no truths. As Karl Popper famously showed, science consists of a very large set of postulates, for which we do not yet have any contrary-indicating data. To give a concrete example, I can propose a theory, such as, “all trees have leaves.” As long as my experience is limited to certain biomes, I can hold this theory; it will remain “scientific.” But, the first time I or one of my colleagues encounters a conifer, my theory will fail and will no longer be accepted as science. (This principle of the body of scientific knowledge being in perpetual flux is the crux of China Miéville’s critique of Suvin’s “cognitive estrangement,” which I discussed in the previous post.)

In light of this, theory does not seem to support dividing SF into “hard” and “soft” variants, regardless of whatever the SF fandom may do. In Roberts’s opinion, this division is useful only in as much as it indicates two kinds of SF readership, one which accepts only “hard” SF as valid and ideologically aligns with Protestant rationalism, and another perfectly happy to engage with “soft” SF and ideologically aligns with Catholic mysticism (or, more often, some interesting intersection of the two).

One Old Definition and Two New Ones 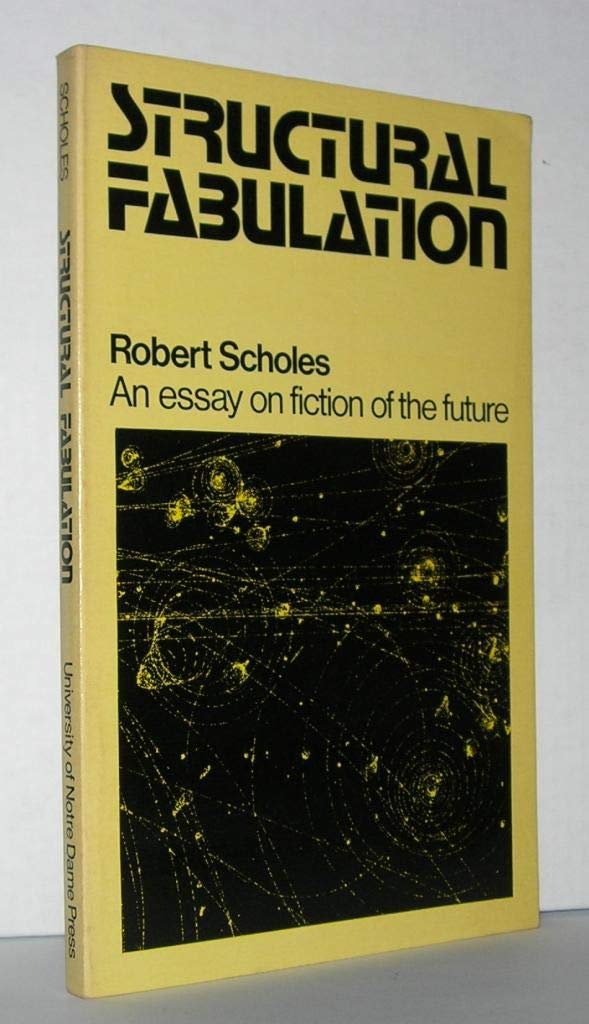 In his review of extant definitions of SF, Roberts first cites Suvin, whose definition I’ve already discussed in two previous posts, that of SF as a literature of “cognitive estrangement” defined by the presence of one or more “nova” . Roberts goes on to cite two more definitions, those of Robert Scholes and Damien Broderick. Their respective works are Structural Fabulation and Reading by Starlight. At the time of this writing, I am still waiting for my copies of these books to arrive, and so I will have to limit myself to discussing what Roberts says about them. 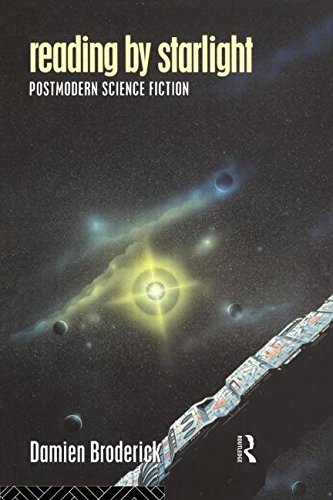 Robert Scholes’s definition is the title of his book, “structural fabulation.” “Fabulation” equates essentially to a text which depicts a world disjunct from the real world, and “structural” to those fabulations being arranged in such a way as to cause the reader to reflect the fantastic world onto their lived experience. Essentially, this sounds like a reiteration of Suvin’s “cognitive estrangement” in different words, but Roberts insists that Scholes is departing from Suvin, in that his definition accepts fantasy, whereas Suvin’s opposes it. Notice that fantasy nova can still be “structured,” whereas Suvin insisted that fantasy nova were “non-cognitive” or even hostile to cognition.

Damien Broderick’s definition is much more complex, not to mention multivalent. I will dedicate a future post entirely to its exploration. Suffice it to say, Roberts seems to latch on to one of its components, that SF contains “foregrounding icons and interpretative schemata from a collectively constituted generic ‘mega-text’” (Broderick in Roberts, Science Fiction, 11). That’s an impressive bundle of words with a crucial concept for Roberts: the “mega-text.” This “mega-text” is, in other words, all works of SF that have come before. This definition (or at least, this chunk of Broderick’s definition) defines SF as the sum of all props (“icons”) and explored concepts (“interpretative schemata”) that have come before in SF literature. I can see the appeal for Roberts, given his interest with SF history and the large portion of SF literature prior to Shelley that’s been unfairly consigned to lesser status than more recent work, but this definition of Broderick’s is essentially post-modernist, and that introduces (for me) a big problem.

Roberts opens Science Fiction with discussion of those writers who have tried to define SF in the form of a tautology, a thing defined as being its own definition. He gives a number of examples, and dismisses them. It is then curious to see him latch on to Broderick’s definition, since a post-modern definition such as his is, essentially, a much more complex tautology.

For example, if one individual says, “this book is SF, because I recognize it as SF,” this is a tautology that Roberts denies. However, if, as in Broderick’s definition, hundreds of people across multiple centuries construct stories, and an individual at some future point is able to show how all those works form a web of relationships with one another, and then that individual points at that web and says, “this is SF,” this, Roberts (via Broderick) seems to accept. I would argue that that is just another tautology, unless the critic were to apply some kind of normative principle to the creation of the relationships, but this intervention of the critic is a behavior that post-modernism discourages, because post-modernism aims to be descriptive rather than prescriptive.

Darko Suvin articulated a version of my sentiments well in the second edition preface to Metamorphoses of Science Fiction: “Thus, homo sapiens sapiens is … a norm-creating animal, there’s no way out of that. Nihilism is only useful insofar as it destroys norms and values which deserve that, … and quite useless insofar as it pretends there are no norms. … [A]t any particular moment in sociohistorical spacetime there exist for given purposes normative systems—however flexible and complex—which enable us to say that David Feintuch and Dean Koontz wrote bad SF whereas Piercy or Robinson write good SF. … [I]f Post-Modernism means no norms…, then I’m an impertinent modernist.” (xlvi-xlvii)

You can call me an impertinent modernist, too. 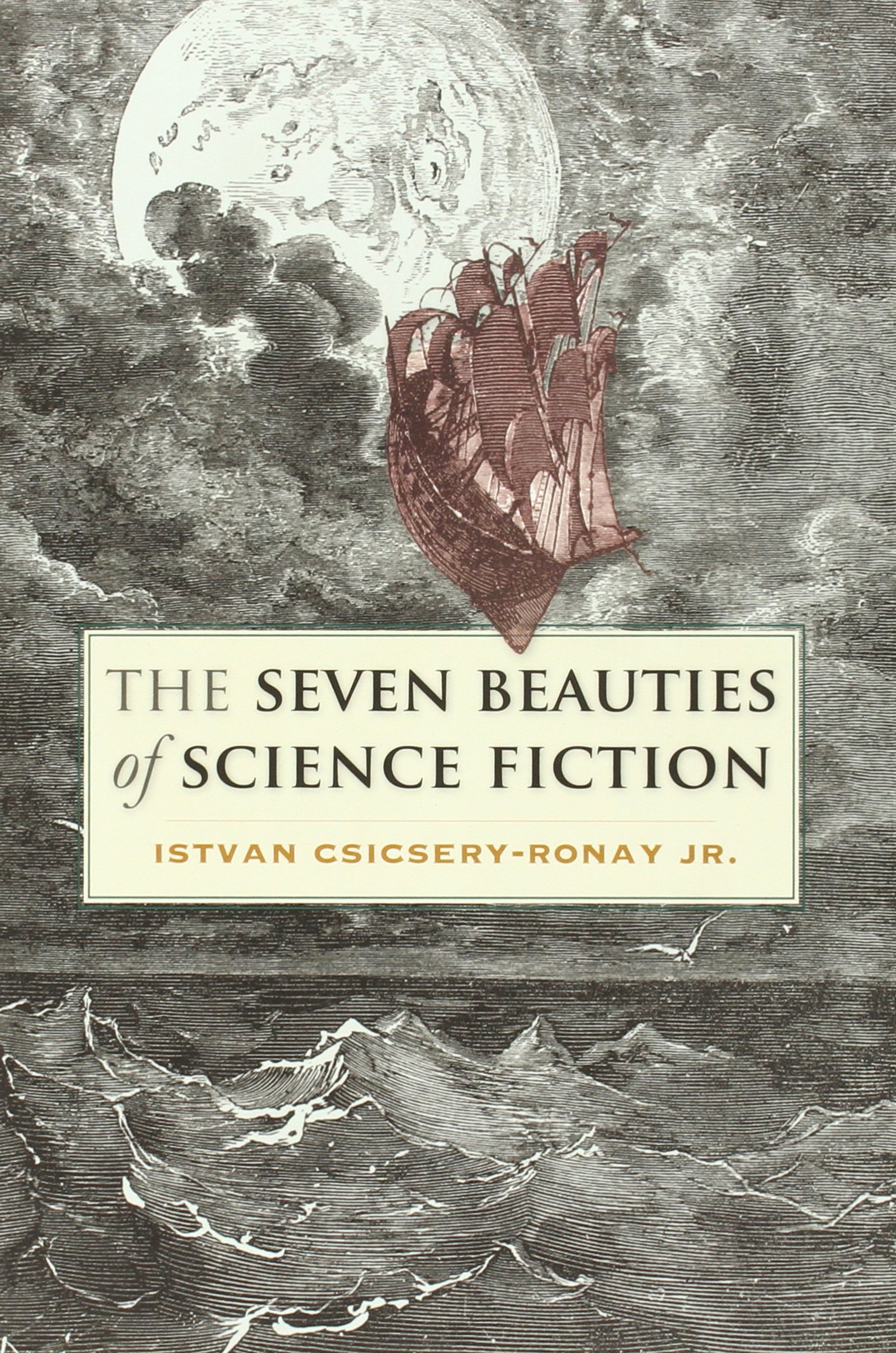 In my next post, I will be returning to the book that contained such an interesting description of Suvin’s concept of cognitive estrangement and the novum, that it got me hunting for and ultimately reading Metamorphoses of Science Fiction. That book is The Seven Beauties of Science Fiction by Istvan Csicsery-Ronay Jr. His definition of SF is interesting because it is multi-faceted, but it decidedly not post-modern, as in Broderick’s.