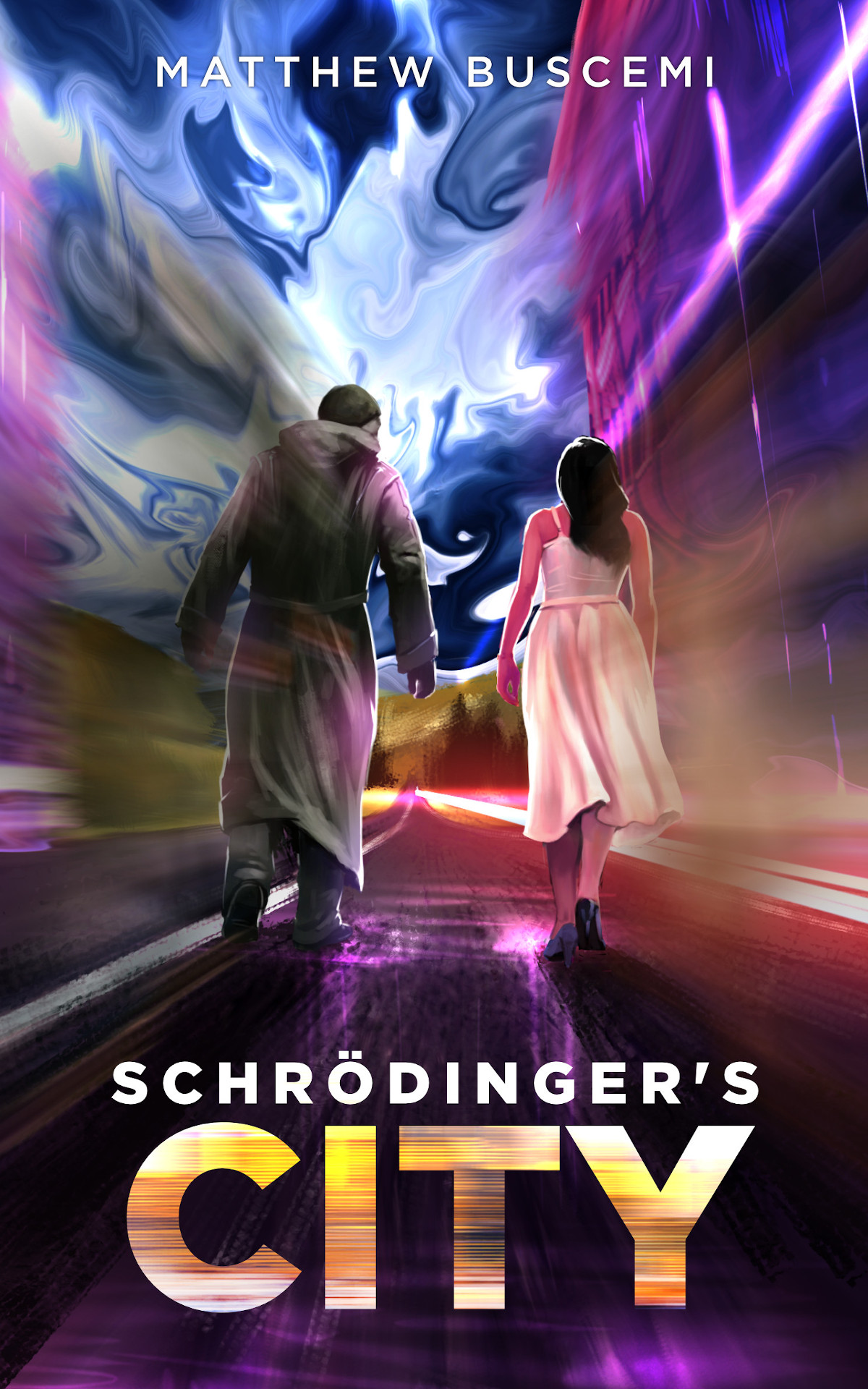 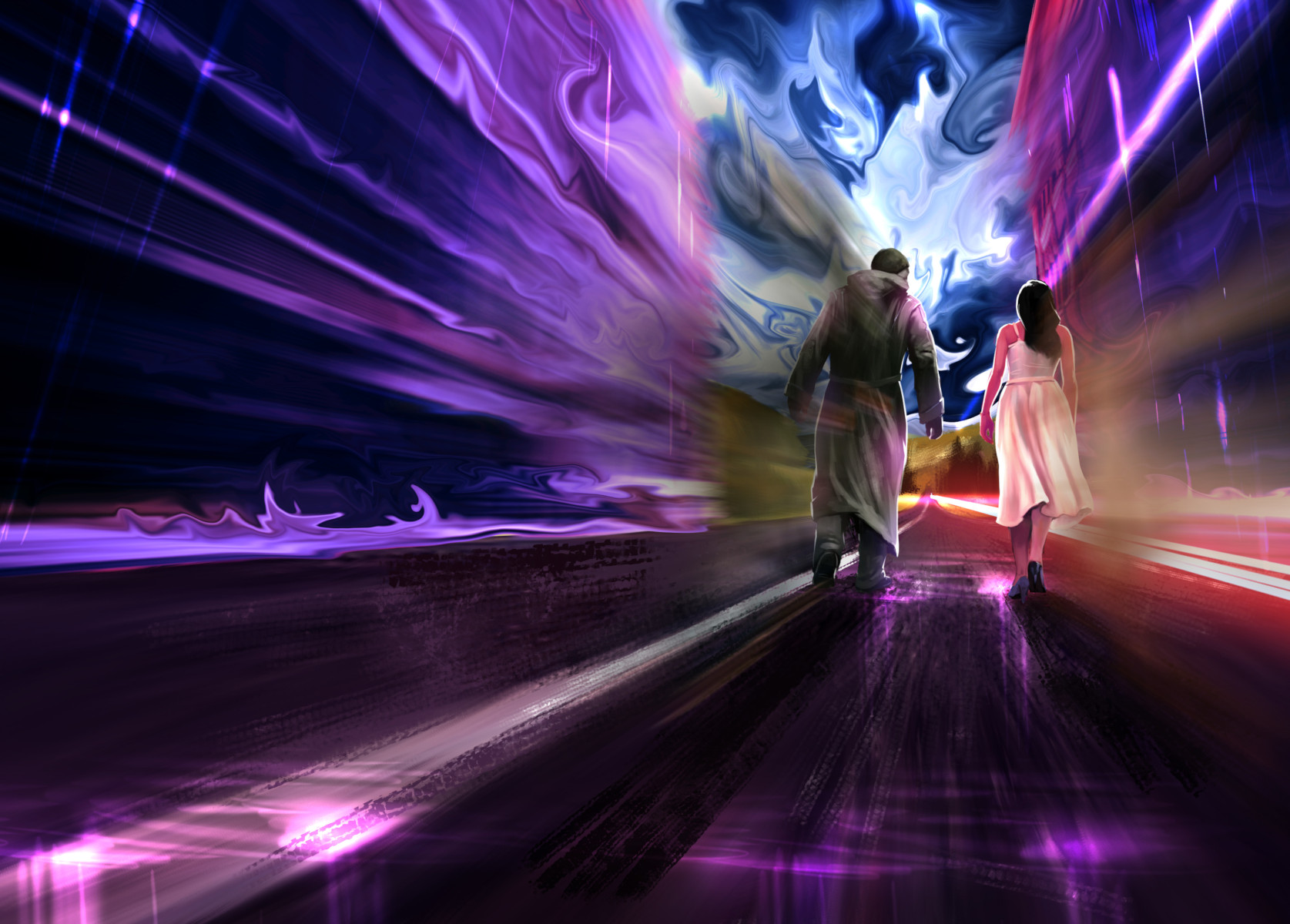 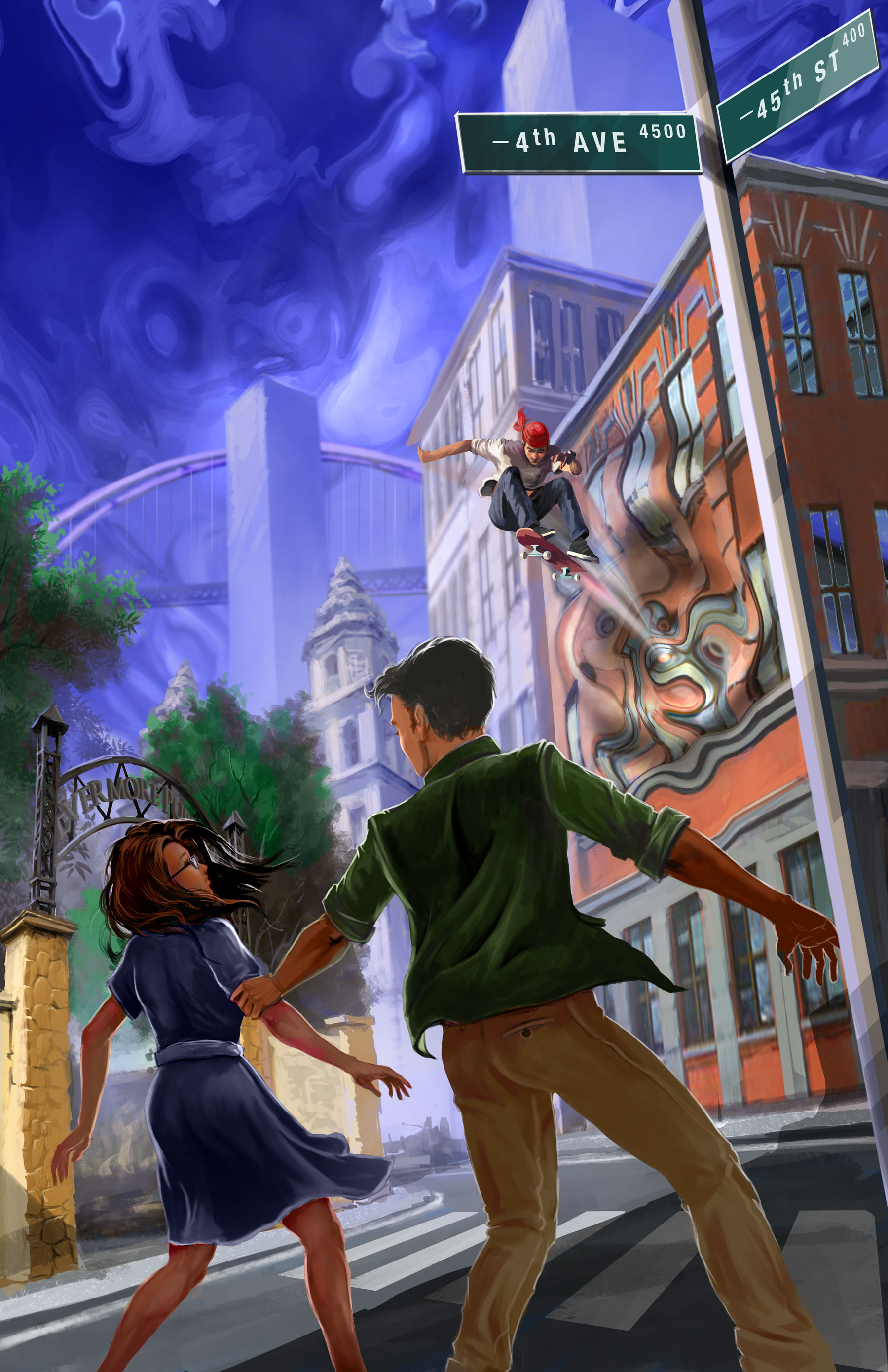 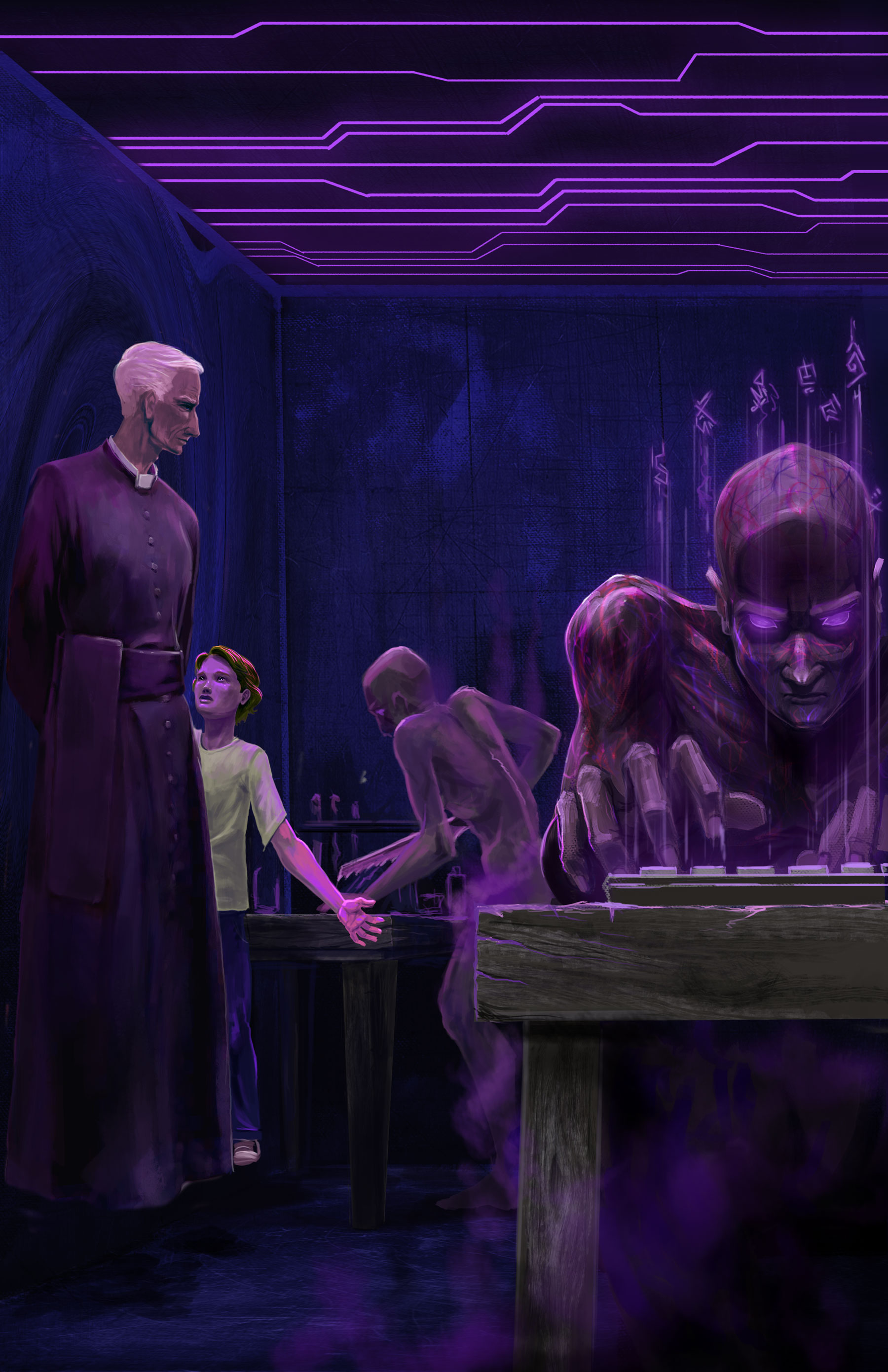 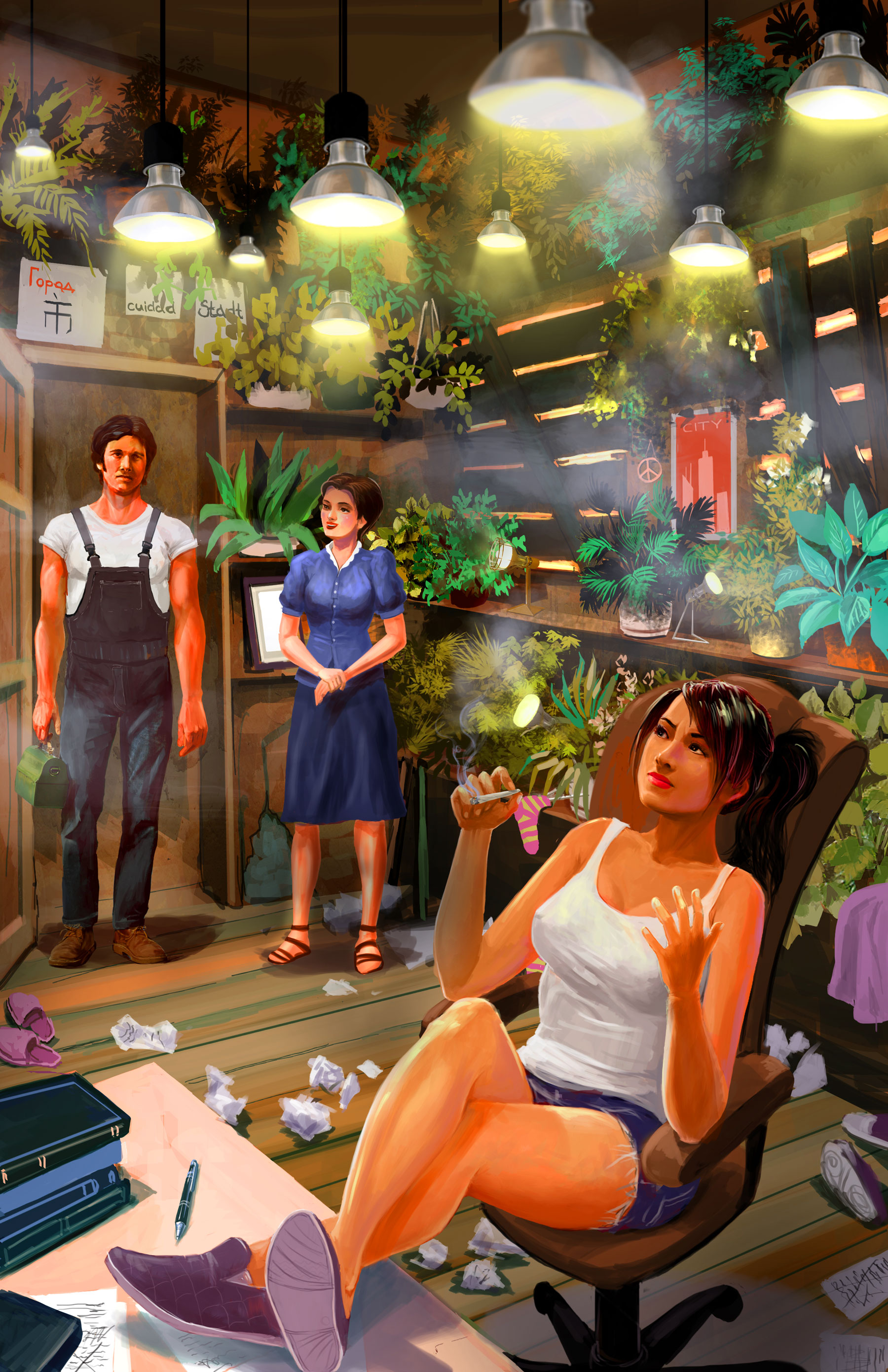 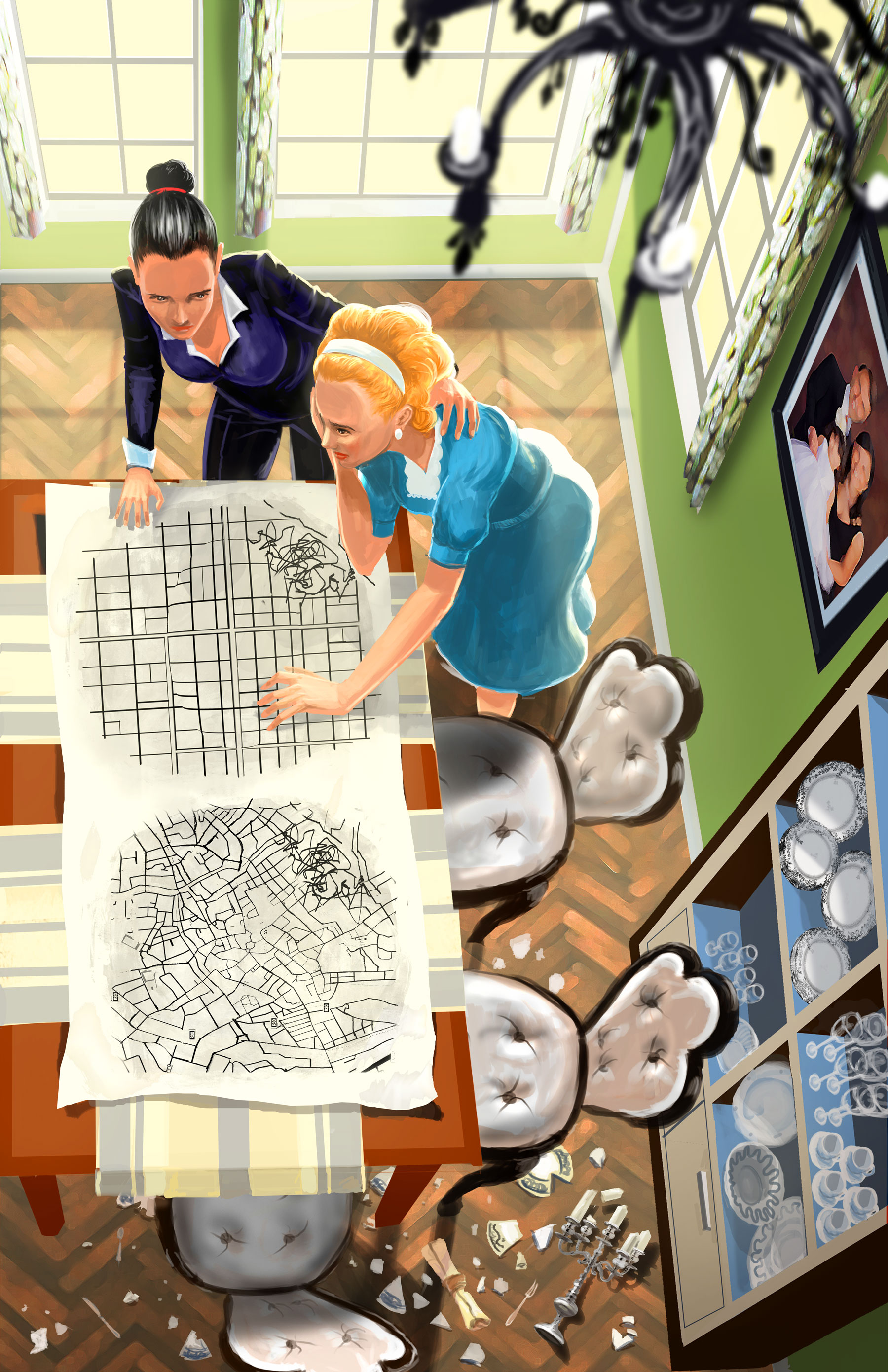 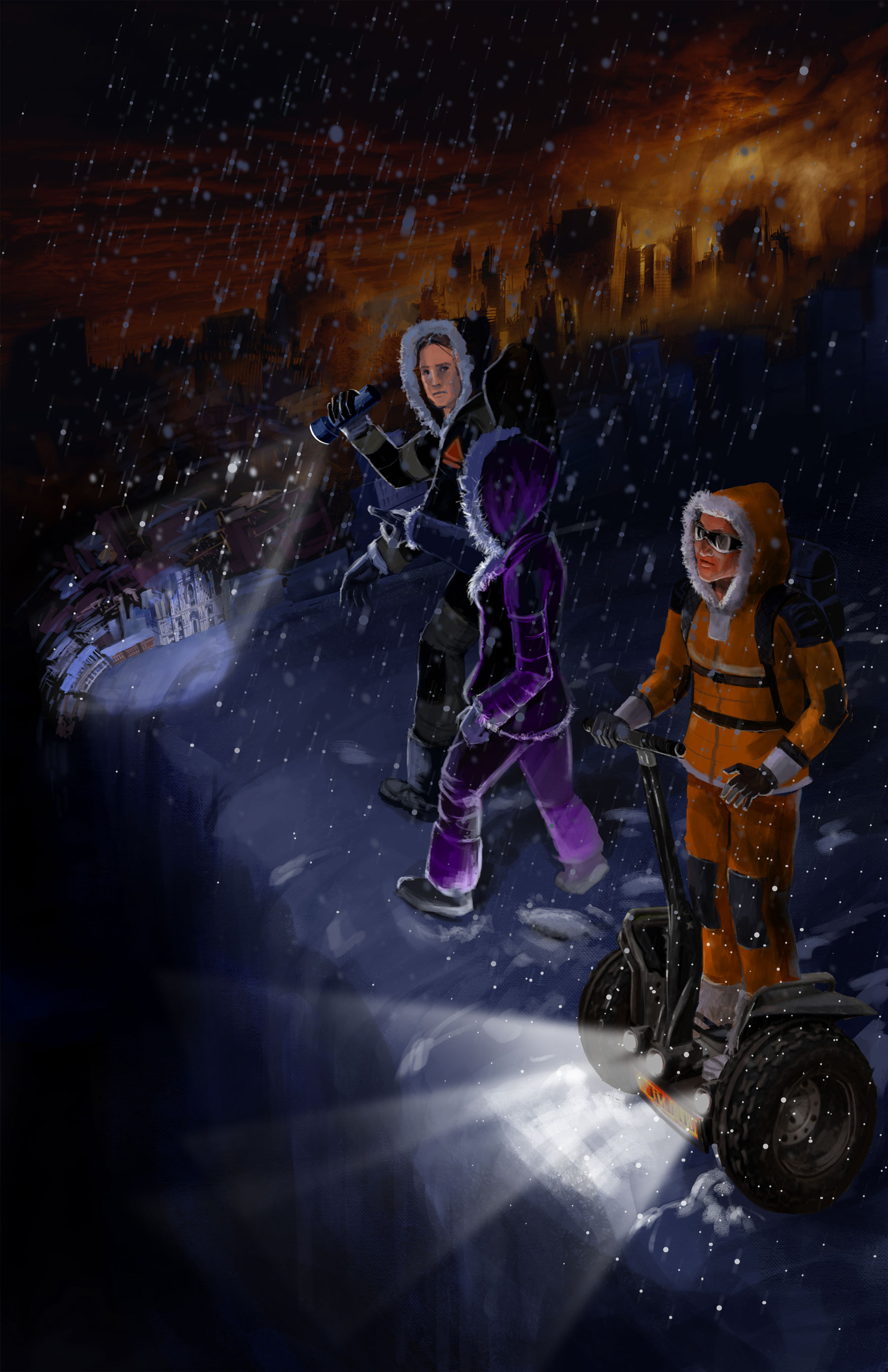 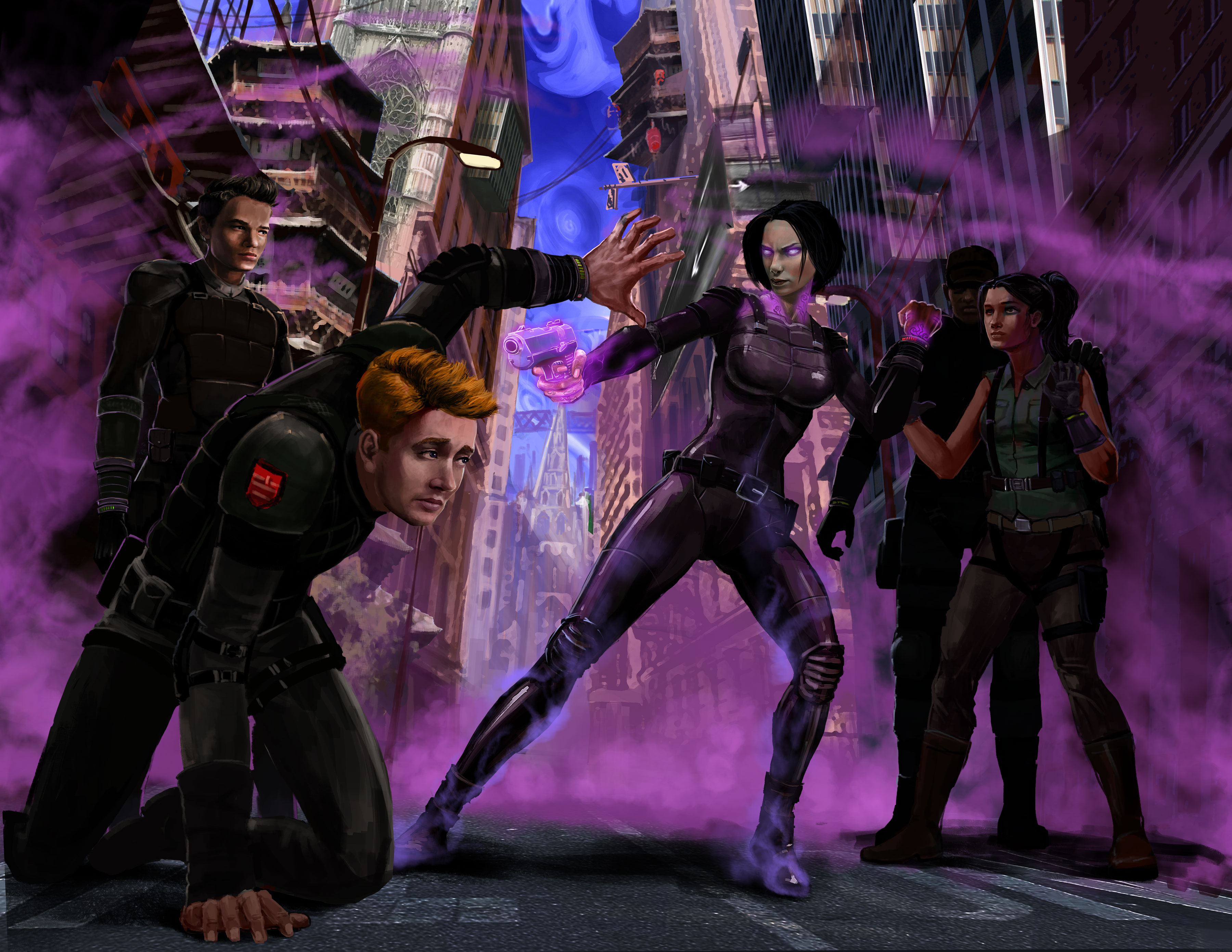 People appear in City. People disappear from City. And upon both entering and leaving, no one remembers their names.

On the surface of a sphere twenty kilometers in diameter, beneath a sky of swirling blue that offers light without a sun, there lies a city like no other. Hodgepodge personalities eke out something akin to survival, even a meager form of community. But City’s streets have begun to change abruptly, and one individual has left City of his own free will.

A path through frightening chaos leads either to opportunity or the further erosion of City’s bleary existence. A philosopher and a waitress both seek answers, in their own ways and in their own times. Just as their paths diverge, so are they one in the same. For in City, perception itself has the effect of altering reality, and surviving the calamity will depend not so much on what its citizens do, as what they notice.

Schrödinger’s City was a semi-finalist for the 2017 Cygnus Award.