← Monks and Code and Cats
Anthropology of the Future →

The Other: Illustration Reveal 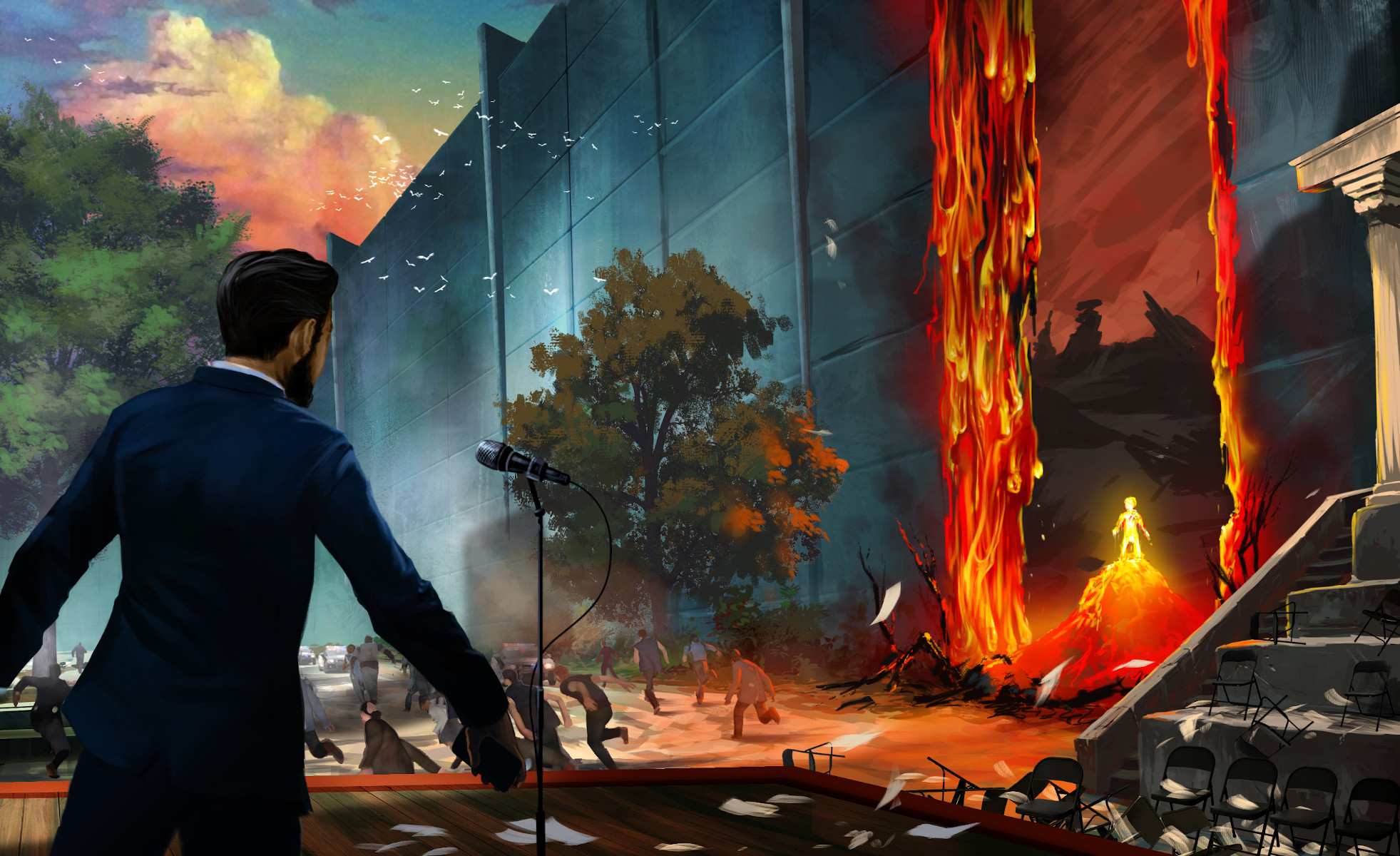 Shortly after finishing my novel Alterra, a scene came to me. The setting would be on Asura, some hundred years or so after the walls first went up. The society inside the walls would have operated completely oblivious to what the Deranged had been up to for that century, and the more time passed, the more certain they would become that their defenses were impenetrable. Until, inexplicably, a boy, seemingly human, would somehow appear inside the walls.

However, in 2014, I had no idea what to do with this idea. I didn’t know who the boy was, why he was there, who would find him, or even what the Deranged had become that would make them send a person inside the walls in this way.

It took until 2019 for me to answer all those questions. For over two years, I had struggled on and off with a difficult novel project: how to take the US political disaster of the 2016 election and translate those issues and concerns into a science fiction narrative. I’m a bit embarrassed to admit that it took me all that time to come back to that idea I’d had, you know, the one involving giant walls.

That scene became the flashpoint for The Other, and I loved how it fit into the narrative. I liked it so much that I commissioned an illustration of it from Zhivko Zhelev, which turned out wonderfully.

I don’t have any plans to produce a limited edition hardcover run of The Other anytime soon, but when I do, you can bet this illustration will feature inside it.

Categories:
Artwork
Tags:
The Other