← Saturday Short: One's Own Medicine
The Case for Self-Publishing →

Frequent readers of this blog will have noted my repeated interest in what constitutes “good” versus “bad” SF. In sharp contrast to the market society we live in, one which encourages us to conceive of market value as the sole value system, I believe that there are other value systems of merit. For instance, I believe literature can have qualities which make it “better” or “worse,” and which have nothing to do with a work’s market value or market popularity.

The frequent reader will also notice that I have reviewed countless books on this blog and its previous iterations, and that all of these have either been classics, such as the works of Shelley, Verne, and Wells, or traditionally published contemporary authors, such as Le Guin and Miéville. I have never reviewed a self-published author, although I should by now have written up something publicly for the works of my friend Serdar Yegulalp, whose writing you should absolutely check out.

With Serdar as the sole exception, what has been keeping me from reviewing self-published works in the past has been the lack of features I consider crucial to SF literature. Nearly all potential candidates flunk out on one of two critical criteria:

In a single blow, this wipes out the vast majority of works self-published to Amazon in the science fiction and fantasy categories. Even after these core principles of SF, there are a number of other qualities that make me feel as though reviewing self-published books on my blog might not be worth the effort. And with that goes every other self-published work I have happened upon except for Serdar’s. This situation pains me, because I myself am self-published and would love to show, via example, that such an avenue is a viable, even preferential path for the serious writer. 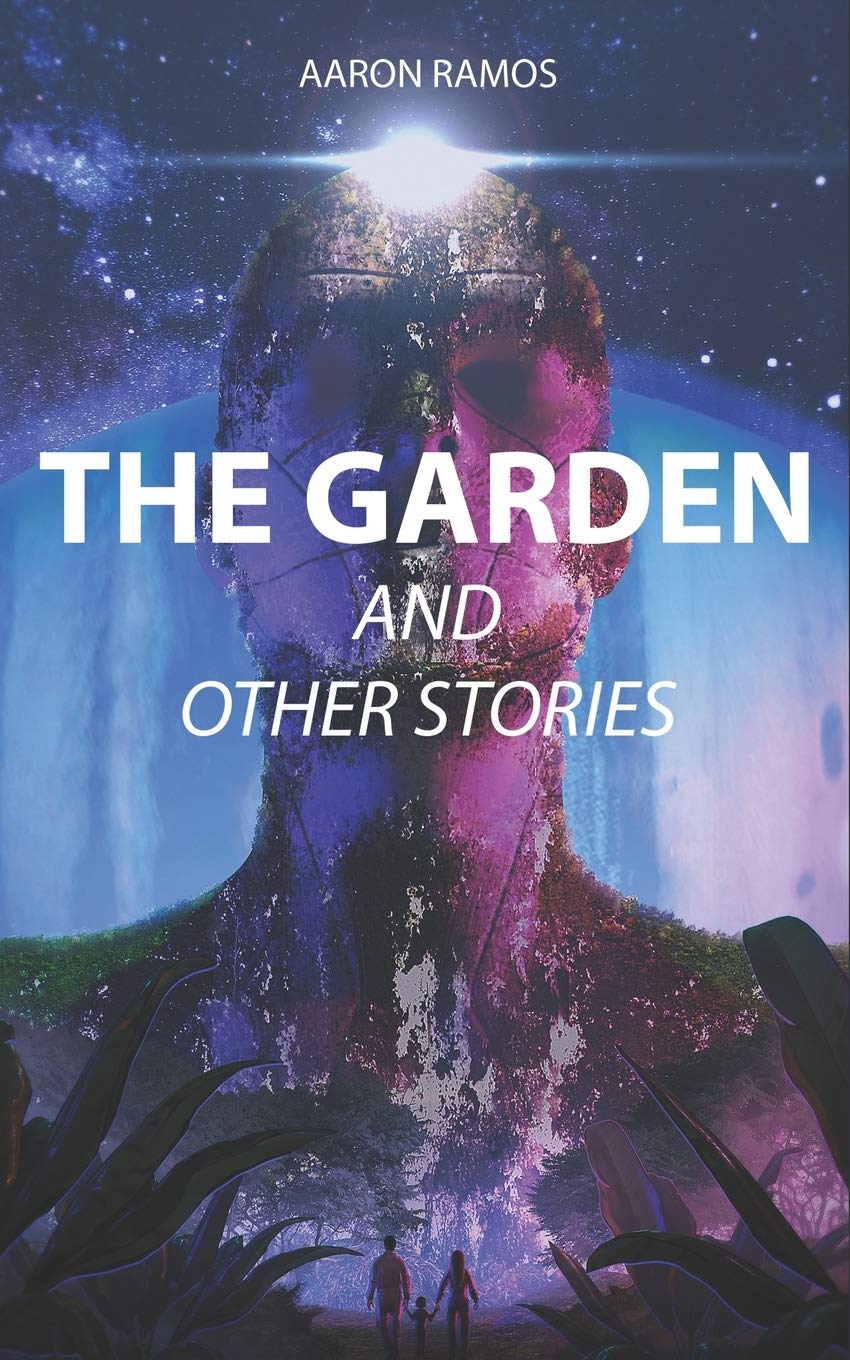 This past Friday, I made a happy discovery. Serdar is no longer alone on my list. I can now count Aaron Ramos as well. Aaron debuts with a collection of short fiction titled The Garden and Other Stories. It contains eight stories, each of which depicts Aaron’s unique style while remaining structurally and thematically unique.

My two personal favorites were “By the Light of the Fire,” which is a beautiful depiction of a struggling father/daughter relationship, interrupted by interventions from Norse gods, and also “Stones and Salt,” which manages to hit upon sibling rivalry and letting go of a lost parent effectively in a very short space.

These two stories use the minimum number of fantastic elements necessary to achieve large character and thematic effects. While that is particularly evident in the two stories mentioned, the reader will find that same principle at work in all eight. Aaron excels at the interaction of character and theme. This is demonstrated particularly well in “The Garden,” in which genetic mutations (single science fiction element) is used to drive an exploration of human prejudice. The concept is not new, but Aaron’s particular execution of it is. The aforementioned unique structural elements are particularly effective in “The Garden,” the father/daughter relationship being interspersed with research notes from the father’s past, the details of which slowly build up to give clarity to the story’s opening scene.

Father and daughter relationships figure prominently throughout the stories, as do parents struggling to understand and interact with their children. If there is a thread that weaves the eight stories together, it is this.

Aaron demonstrates other repeated thematic concerns. “Video Game Theory,” “Elevated,” “The Garden,” and “Zero” all demonstrate a concern for the ecological impact of human activity, and “Elevated” and “Zero” both wonder at what kind of artificial consciousnesses might be birthed by artificial intelligence.

Even when Aaron appears to be writing in a more playful and humorous mode in “Knocking on Heaven’s Door” (Physicists discover that the ‘god particle’ gives them access to actual Heaven and actual God), I could not help but notice how he effortlessly he wove a philosophical debate of good and evil into the narrative, as well as a jab at male chauvinism (all of this courtesy of the Lucifer character, no less).

Not all of the stories are completely effective. At times the theme is a little too forced. For example, in “Elevated,” the villain literally spells out the theme: “Don’t you enjoy not having to think quite so much?” And in “The Tunnel,” the Irish mythology lifted for the plot’s sake doesn’t quite mesh with the story’s main themes of passivity versus brashness, familial love, and innocence, although I have to admit that contrasting the human family with a demon hound family was a nice touch.

All the stories are well constructed, all have interesting, endearing characters, and all reach for something higher than their constituent parts. This is a successful collection of short fiction and successful first literary work. I look forward to reading what Aaron writes next.