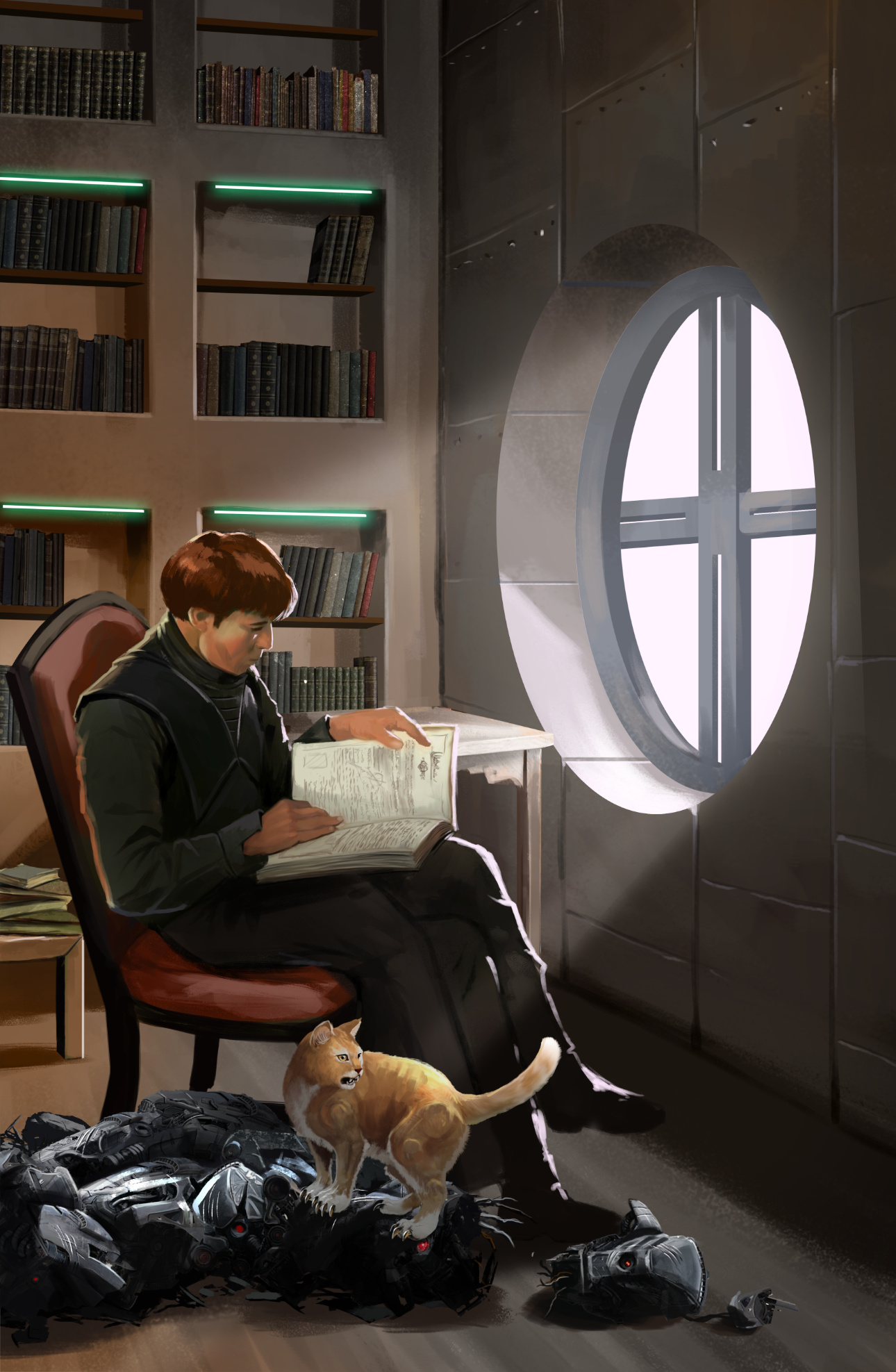 The primary inspiration was a poem called Pangur Bán which was written by a twelfth century Irish monk living in Germany. My regular readers will note that I am fond of monastic orders as a setting, and a number of my works take place in monasteries whose religious interdictions are quite different from those of the real world. The monks of this story inhabit the 24th century setting I invented, in which a government called the Hegemony uses robotic drones to track down and destroy literature and philosophy. The monks of this story have a treasure trove of literature, which is defended by a menagerie of cyborg cats capable of hunting and destroying the drones.