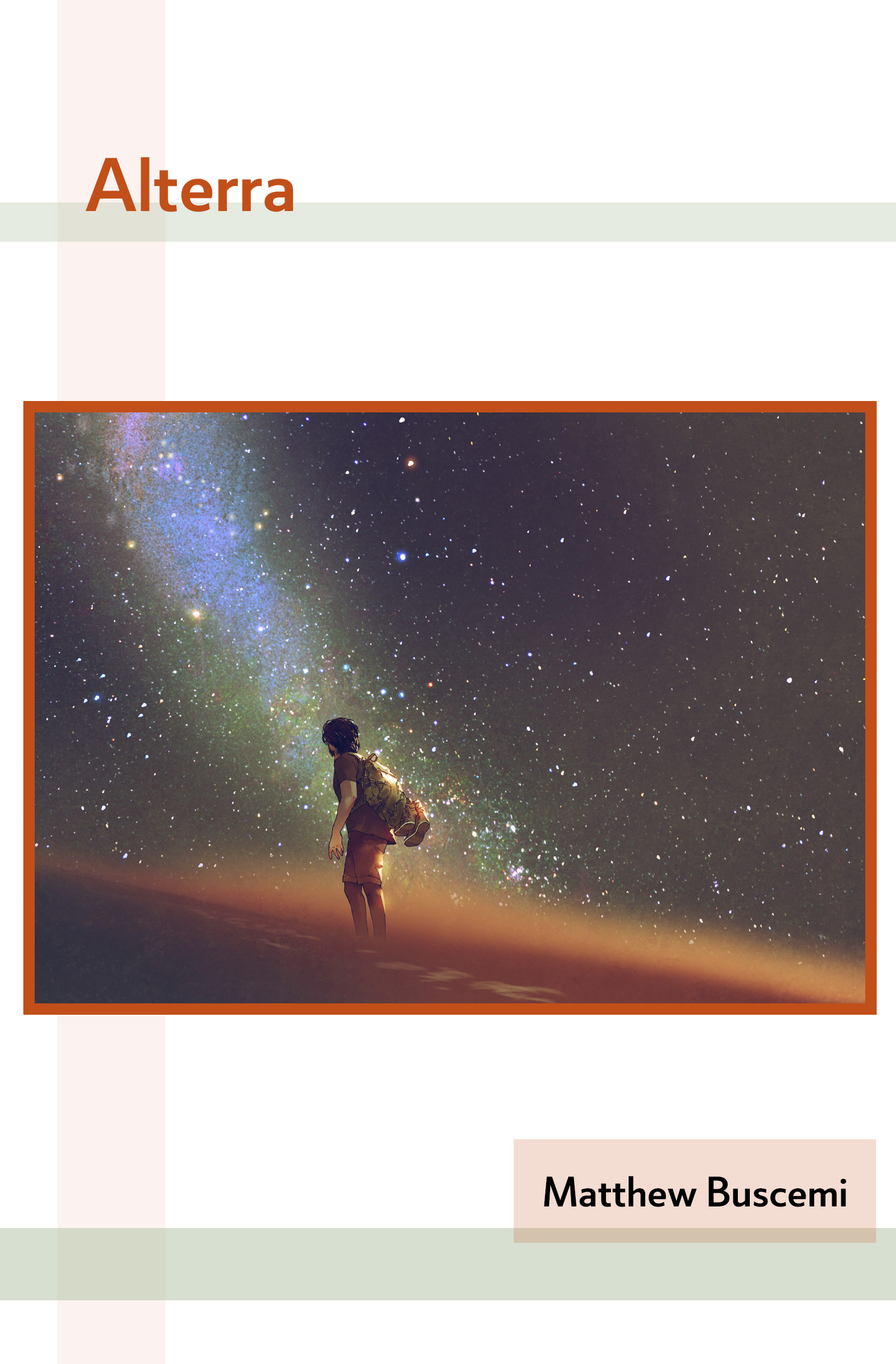 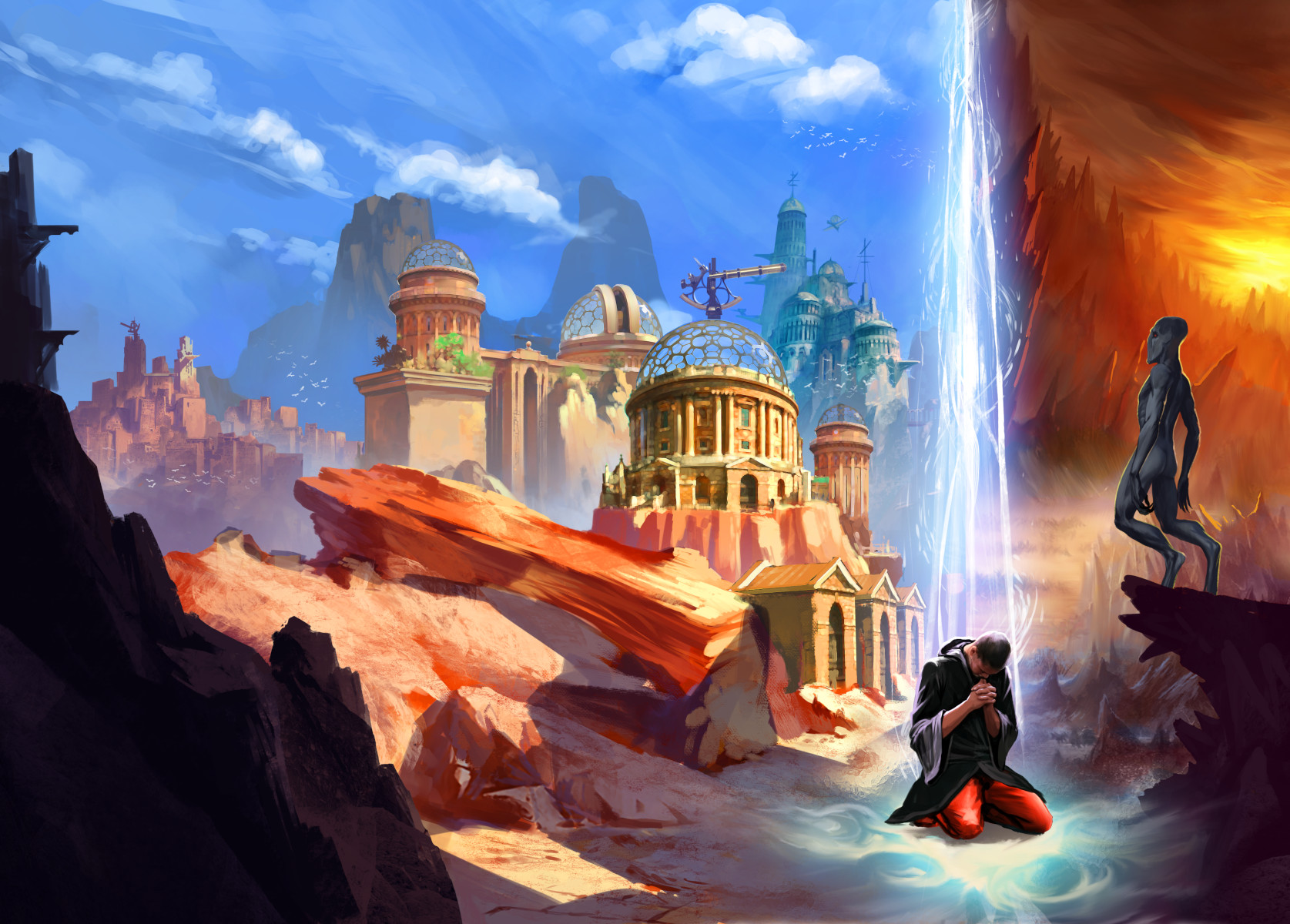 The inspiration here was my pushback against two groups: an acquaintance who admitted that he thought all religious people were some combination of delusional and stupid; acquaintances who believe in the ideology of the technological singularity. My interpretation of the existence of such obviously unhealthy ideologies is society’s compartmentalization of intellectual inquiry into the sciences exclusively. Alterra is about that.

It’s hard to cite a novel or author that inspired me here, as I don’t really see this theme expressed anywhere else. In terms of setting, it’s an extrapolation of Voyage, albeit on two universes completely disconnected from ours.